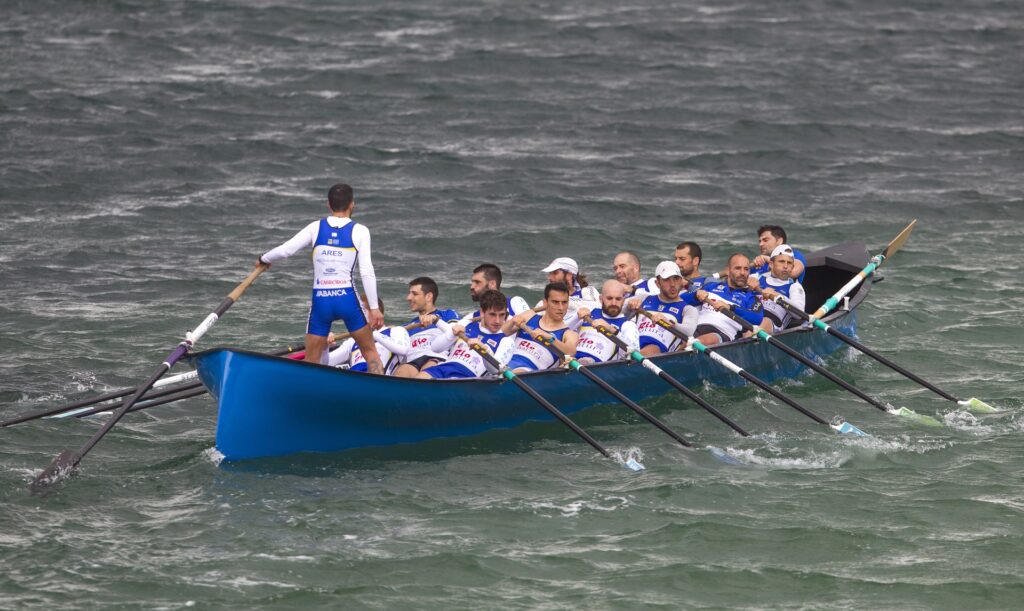 Rowing: a sport that now forms part of the history of Ares

The town’s relationship with rowing began more than 60 years ago. This strong bond occurred thanks to Francisco López Sánchez, “Pancho”, who, in 1958, after much effort, managed to form his own rowing team. The team was a pride and joy for all those involved as well as the inhabitants of this marine municipality. Today, it is the oldest club in Galicia and has been active ever since its foundation.

Although the first competitions in Ares date back to 1933, they were not however held on a regular basis until the establishment of this club. In 1960, after having participated in several regional and national championships, the Ares Rowing Club became the Coxed Four Champions of Spain. The locals gathered to greet and congratulate the rowers.

Lower category championships were created at the beginning of the 1970’s, and were held for the first time in Vigo. Participants from Ares were to become the most recent branch of the institution’s history, since they would spread the name of their village throughout the territory. The 1980’s saw the opening of a new social establishment at the club, which a decade later, would achieve its first sponsorship.

The rowing team currently participates in national competitions of the highest level.  Every summer, a regatta attracts and draws-in boats from different areas of the Cantabrian coast.

Horacio Allegue Lamas is one of the most important figures of the organization. After many achievements in the Youth Category, Horacio became part of the Spanish Rowing Team that participated in the 1992 Barcelona Olympics. He thus became a benchmark for the Ares Rowing Club, being the first to compete in an event of such magnitude.

Did you know that…

…Ares is an ideal place to practice sea sports? In addition to rowing, you can practice countless sea-related sports and leisure activities, such as sailing, windsurfing, kayaking, paddle surfing… That sounds great, right? Well, if you would like to start practising or try any of these sporting disciplines, there are long-standing professional institutions such as the Club Náutico de Ares (Ares Nautical Club) or the Club Marítimo de Redes (Redes Maritime Club), that can help you discover your ideal activity. There’s nothing better than being able to enjoy the sea the way you like best!